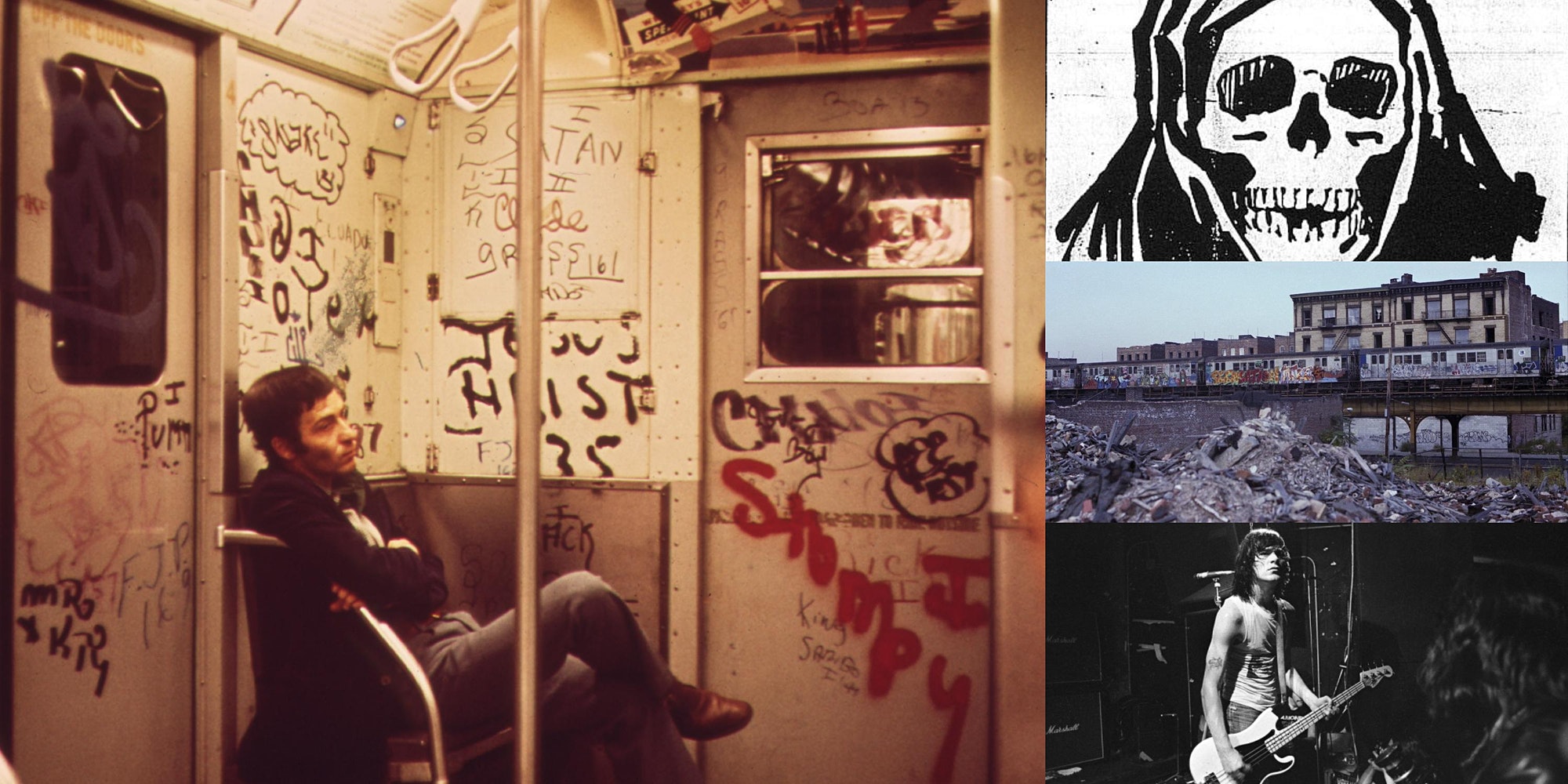 Artists and arsonists. Punk rockers and panicky bankers. Sex workers and serial killers. New York City in the 1970s and 1980s was a tale of two cities — one of terrible economic and physical hardship, but also one of great artistic and sexual freedom. This is the story of what the “Big Apple” was like in one of its grittiest modern eras, from one local who experienced it all firsthand.

Join New York Adventure Club as we examine the roots of the 1970s New York City fiscal crisis and its effect on five Manhattan neighborhoods over the span of 20 years.

Led by licensed NYC tour guide Robert Brenner, who spent much of his youth exploring New York’s streets and happenings in the 1970s/1980s, our virtual experience down memory lane will include:

Afterward, we’ll have a Q&A with Robert — any and all questions about New York in the 1970s and 1980s are welcomed and encouraged!

Robert Brenner is a licensed New York City tour guide, a certified member of the Guides Association of New York City (GANYC), and an almost lifelong New Yorker. He started exploring the city on his own as a teenager in the 1970s, and moved here permanently in the 1980s. In 2014 he launched his own small, independent, boutique walking tour company, Pig Feet Walking Tours, specializing in offbeat history, culture, and food walking tours; since then he has led walking tours for the Municipal Art Society, the Van Alen Institute, the Historic District Council, the Museum of Sex, and many other organizations. He currently lives in Chelsea with his wife and is pursuing a Masters in New York Studies at the CUNY Graduate Center.

“Robert Brenner conducts very well researched and deeply insightful tours and talks. I have attended several of his events and walking tours in the past couple of years and have been impressed by the breadth of his knowledge of NYC. He is the best in the business.” -Edward

“Loved Mr. Brenners opinions. He believes in what he saw and felt during that time period. I believed in a lot of what he said as I lived during those times also.” -Barry

“I enjoyed the historical content and the various aspects (social, political, economic) that were discussed in the presentation.” -Erika

“Robert had a first-hand perspective which added authenticity.” -Jessica

“Robert’s the best. Loved his use of images. He’s knowledgeable and engaging.” -Casey

“Great storytelling that made me happy about my early experiences in NYC.” -Laurie

“The slides were a great tribute to the gritty city where I grew up. Enjoyed reminiscing about favorite places list to gentrification.” -Emily

“Amazing personal details to go along with the photographs and history.” -Maggie

“Loved the presentation, both oral and video slides. Robert did a great job, very knowledgeable and interesting tidbits thrown in. The icing on the cake was the communal spirit of the attendees and their own personal input and memories. Thanks!” -Dawn

“Nice presentation of history, past landmark businesses, and the cultural and political movements influencing them.” -Brent

“The moderator was very personable” -Frances

“I thought Robert was engaging and knowledgeable. I appreciated the background he gave on the city.” -Daniela

“I liked a lot that the presenter had actually been around during the time period.” -Carol

“I learned about New York’s music scene and about some of the neighborhoods. As someone new to the city, it was interesting to learn the history.” -Christy

“I really like history and the presenter brought the era, which I lived through, alive, plus giving historical context.” -Robin

“I especially liked when the tour did the Lower East Side, the Village, and so on. I was pleased it was LGBTI-friendly, and that Stonewall, the Anvil and so on were included. I also loved that pretty much ALL questions were answered.” -Ann

“Robert Brenner is very knowledgeable and articulate about NYC in the 70s & 80s.” -Diana

“Brought back many memories and a lot of fun facts, info, and history!” -Maria

“Presenter was well informed had “been there, done that”, was definite in his opinions, spoke well, not too fast, knew his stuff! Please have him back again!” -Kathryn