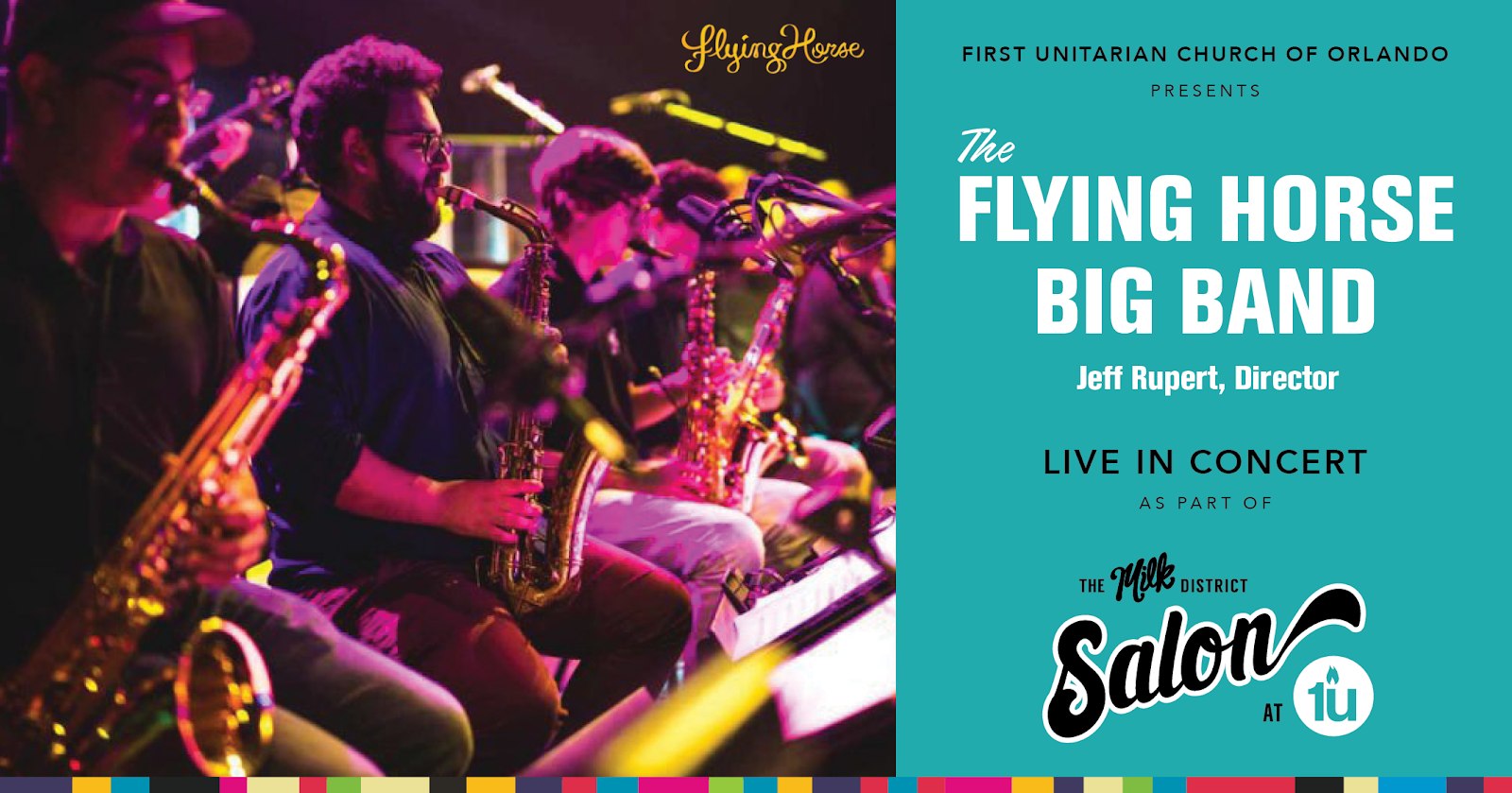 The Flying Horse Big Band will perform as part of the First Unitarian Church of Orlando’s Milk District Salon on Saturday, November 12 at 8:00 p.m.
The Flying Horse Big Band is one of the premiere performing ensembles of the UCF Music Department. It has appeared at the Montreux, Switzerland, and the North Sea Jazz Festivals, as
well as numerous festival and concert appearances domestically. In 2005 the Flying Horse Big Band premiered Sam Rivers’ work for double big band, with Rivers’ RIVBEA orchestra.
The group has had six recordings on the national jazz charts, a rare distinction for a university jazz band. Recordings include Jazz Town, The Blues is Alright, Into the Mystic, Big Man on Campus,
The Bat Swings! And most recently Florida Rays. The last two albums climbed to #1 on the national (professional) jazz charts.
Former members of the band include musicians now performing on the Grammy’s and various television shows in Los Angeles, New York and Nashville. Several others are now professors at universities around the country.
Early bird tickets are $20 if purchased before November 7, and $27 after that.
A La Cart is offering $1 off beer drafts the day of the concert to anyone who shows a concert ticket receipt.