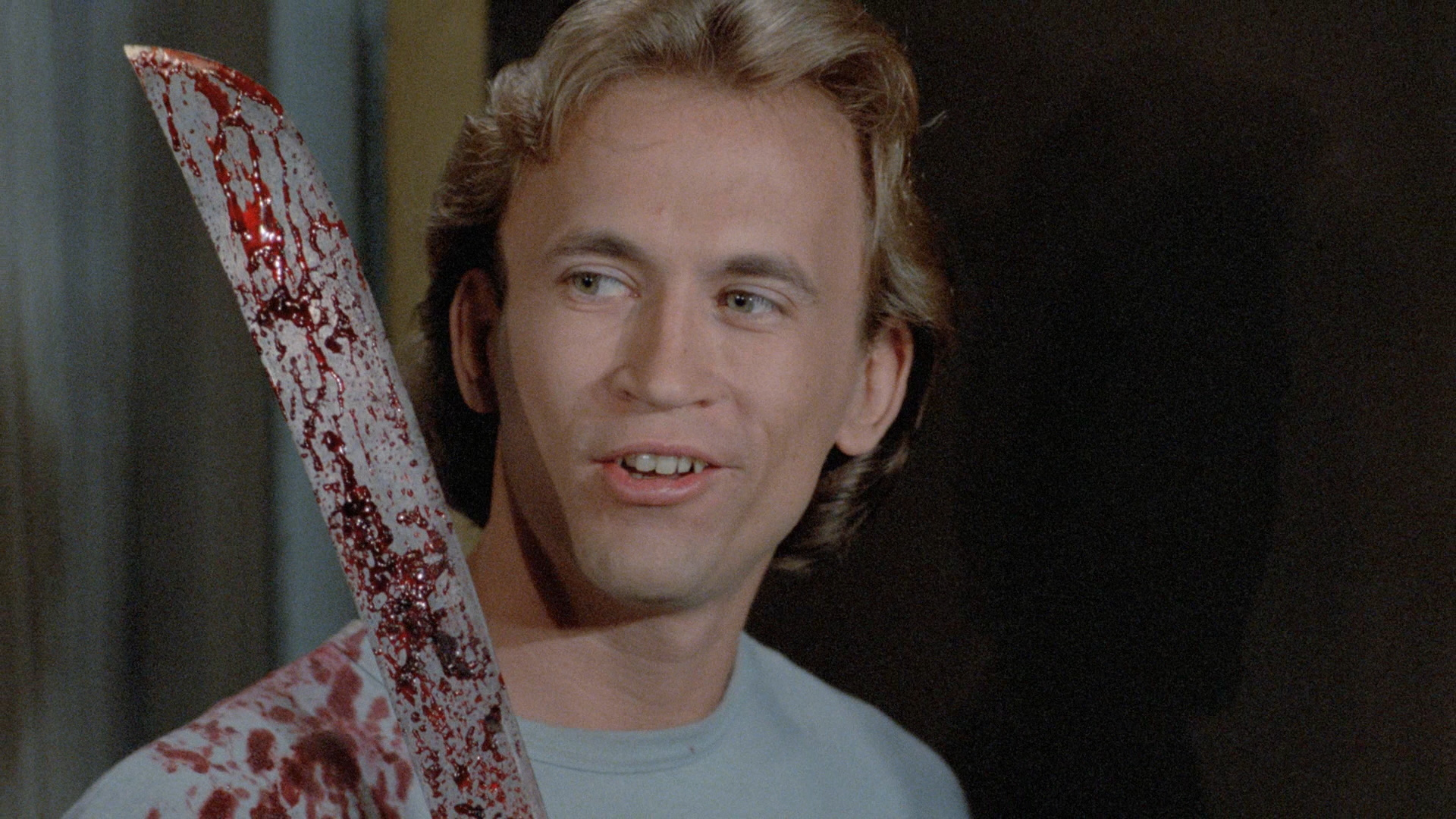 Todd and Terry are twin bros with twin problems — namely, one of them is an axe-wielding maniac! After a literal drive-in massacre, Todd is blamed for the carnage and institutionalized, while Terry goes free. Ten years later, Todd escapes from an asylum on Thanksgiving aka it’s time for blood to raaaaage!! Produced by whip-smart filmmaker/actress Maryanne Kantor, directed by John Grissmer (SCALPEL), and shot in Jacksonville, Florida in 1983 for the drive-in theater circuit, but not released until 1987, BLOOD RAGE is what happens when you combine Thanksgiving, 1970s-star Louise Lasser (REQUIEM FOR A DREAM, BANANAS), a killer synth score, and the most unbelievable gore effects in all of slasherdom, courtesy of Ed French (TERMINATOR 2). Just remember, “It’s not cranberry sauce!”