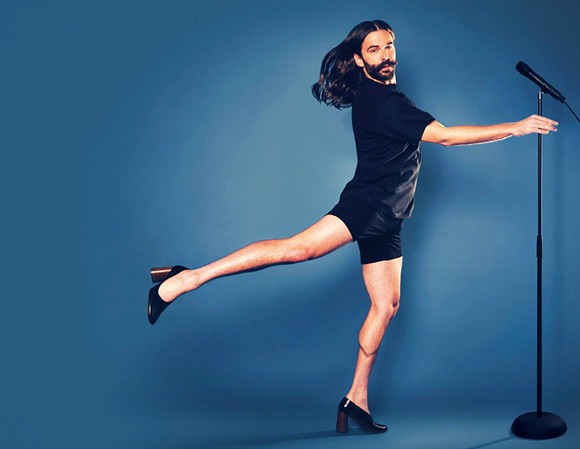 Jonathan Van Ness is an Emmy-nominated television personality, podcaster, and hairstylist to the stars. He can be seen starring on Netflix’s Emmy Award-winning reboot series “Queer Eye,” where he shines as the show’s groomer, hair guru and self-care advocate. In addition to “Queer Eye,” Jonathan stars on the Emmy-nominated series “Gay of Thrones,” (Funny or Die) a witty social commentary series recapping HBO’s “Game of Thrones.” Launched in 2013, the series is now in its seventh season and garnered Emmy nominations in 2016 and 2018 for ‘Outstanding Short Form Variety Series.’ Jonathan also continues to work on his passion project, his podcast “Getting Curious,” a biweekly exploration of all the things Jonathan is curious about. The podcast was listed as one of the Top Podcasts of 2018 by Time Magazine, and recently won the iHeart Radio Award for Best LGBTQ Podcast. 2018 was a breakthrough year for Jonathan, who realized two new passions – for the arts of stand-up comedy and figure skating. Jonathan is currently on his first worldwide comedy tour “Jonathan Van Ness: Road to Beijing” where he is going for comedy Gold! Most recently, Jonathan announced that his revelatory, raw, and rambunctious memoir, OVER THE TOP, will be released in September 2019.