Each month, Artistic Director and renowned Scottish actor, Shauna Macdonald, hosts a conversation with a different distinguished guest, who will tell you all they know about their craft. You are part of the conversation and are invited to ask questions throughout.

The aim of these sessions is to inspire as many people as possible and to provide deeper insights into the Arts and the theatre, film and television industry. Edinburgh Youth Theatre has reached out to industry professionals to take part in their fundraising event series for youth arts, and they have really stepped up!

The all star guests include:

Golden Globe nominated actor James McAvoy won over audiences with his breakthrough performances in THE LAST KING OF SCOTLAND and ATONEMENT. McAvoy continues to test himself with a wide variety of work on stage, television and film and is regarded as one of the industry’s most exciting acting talents. In 2017, McAvoy was in M. Night Shyamalan’s critically acclaimed thriller SPLIT. In 2019, he reprised his role as Kevin Wendell Crumb, and more than 19 other personalities, in Shyamalan’s GLASS. McAvoy also appeared in DARK PHOENIX, the seventh installment in the X-MEN franchise; IT: CHAPTER TWO and the BBC/HBO TV Series “His Dark Materials” alongside Lin-Manuel Miranda and Ruth Wilson.

McAvoy came to popular attention on the small screen with the role of Josh in the 2002 Channel Four adaptation of Zadie Smith’s popular novel “White Teeth.” In 2003, McAvoy played Dan Foster in the BAFTA-winning BBC political drama series “State of Play.” He also left a lasting mark on high-profile TV projects such as the World War I drama “Regeneration” and HBO’s “Band of Brothers.” His popularity grew when he appeared in the BAFTA-winning Channel 4 series “Shameless” as car thief, Steve. He earned a nomination from the British Comedy Awards for Best Comedy Newcomer in 2004 for his performance. In 2005, McAvoy starred in the title role of Damion O’Donnell’s INSIDE I’M DANCING (US Title: RORY O’SHEA WAS HERE). McAvoy earned a Best British Actor nomination from the London Film Critics Circle for his performance. That summer, he traveled to Uganda to take on the lead role of Dr. Nicholas Garrigan in THE LAST KING OF SCOTLAND, directed by Oscar and BAFTA winner Kevin Macdonald. He earned nominations from BAFTA, BIFA, London Film Critics and European Film Academy for his performance. In December of 2005, McAvoy was seen in THE CHRONICLES OF NARNIA: THE LION, THE WITCH AND THE WARDROBE. He earned a nomination for British Actor in a Supporting Role from the London Film Critics Circle for his performance. In 2007, McAvoy starred in the Golden Globe award winning drama ATONEMENT. Directed by Joe Wright and co-starring Keira Knightly and Saoirse Ronan, McAvoy received a Golden Globe and BAFTA nomination for Best Actor and was awarded a Best Actor award from the London Film Critics Circle, the Virtuoso Award from the Santa Barbara Film Festival and a UK Regional Critics Award for Best Actor.

In 2009, McAvoy took to the stage at the Apollo Theater in London’s West End playing the two roles of Walker and his father Ned in Richard Greenberg’s Three Days of Rain. His performance earned him an Olivier Award nomination for Best Actor. He was also seen in Breathing Corpsesat the Royal Court (2005), Privates on Paradeat the Donmar Warehouse (2001) and Out in the Openat Hampstead Theatre (2001). In 2013, McAvoy starred in Macbeth at Trafalgar Studios. His performance has earned him an Olivier award nomination for Best Actor. In 2015, McAvoy starred in The Ruling Class, which earned him a London Evening Standard Award, an Olivier award nomination. In 2019, he played title character Cyrano in Jamie Lloyd’s adaptation of Cyrano de Bergerac, which ran at the Playhouse Theatre in London. McAvoy was nominated for an Olivier Award for Best Actor in 2020 and the show won the 2020 Olivier Award for Best Revival.

McAvoy was born in Scotstoun, Scotland in 1979 and is a graduate of the prestigious Royal Conservatoire of Scotland.

Director John McPhail (Where Do We Go From Here, Anna and the Apocalypse)

Writers and creators of ‘Burnistoun’ Robert Florence and Iain Connell

Each event is raising much needed funds for Edinburgh Youth Theatre.

The event is made accessible by two British Sign Language interpreters.

THIS IS AN ONLINE EVENT.

The viewing site will go live on the day of the event. ALL JOINING INSTRUCTIONS WILL BE EMAILED TO YOU BEFORE THE EVENT, including how to submit questions for the Q&A. 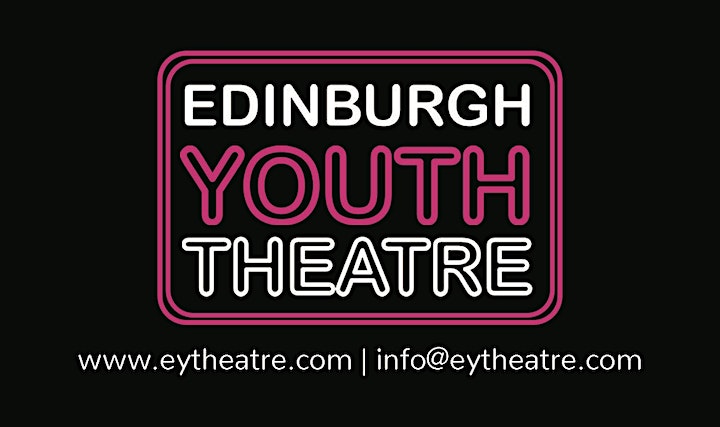