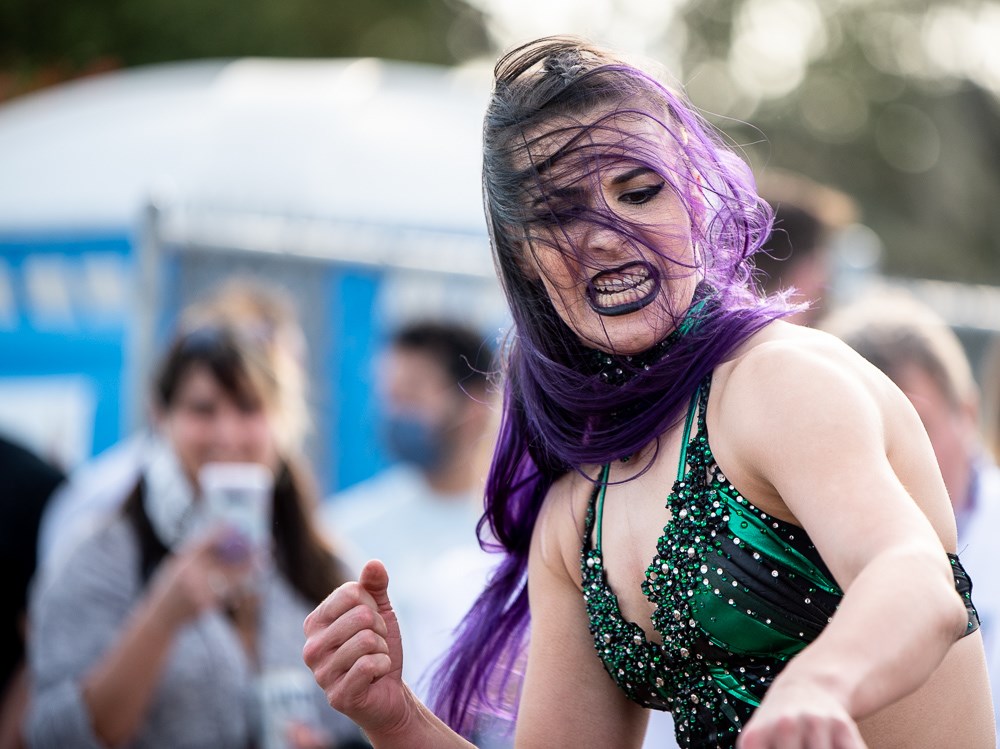 TICKETS FOR THIS EVENT WILL BE ON SALE TO THE PUBLIC STARTING WEDNESDAY.
MAYHEM ON MILLS, Mills ave.’s top independent wrestling company, returns to Carlotta’s Culture Park to celebrate its 2ND SECOND ANNIVERSARY!
Come join us APRIL 18th at 4pm for EXCITING PRO-WRESTLING ACTION along with the usual antics Mayhem on Mills is known for. Six, yes 6, extraordinary matches are planned, including:
Last April, big plans were made for Mayhem’s second anniversary and the forces of nature set it back a year, but now MAYHEM ON MILLS is the natural phenomena taking Orlando by storm, and YOU are invited to party with us for our 2ND SECOND ANNIVERSARY! There’s always a surprise in store, but for this show you can expect CAKE, PRESENTS, and MAYHEM!
1000 N. Mills Ave, Orlando FL
Sunday, April 18th, 4pm
$20 GA, $10 kids
A NOTE OF SAFETY: We have made the safety of the fans, wrestlers, and crew our highest priority. The event will be completely outdoors. All wrestlers and crew will be wearing masks the entire day except for when performing. Free Masks will be available. Wrestlers will have gotten Covid-19 tests within a week of the show. Audience members should use social distancing measures between groups. Even though many people have been vaccinated, attendees are strongly encouraged to wear masks.
+ Google Calendar+ iCal Export