By the turn of the 20th century Russia had become a cauldron of radicalism, where Avant Garde artists like Malevich, El Lissitsky, Popova, Tatlin and Rodchenko worked with a remarkable sense of creative urgency, and an aspiration to affect unprecedented socio-political transformation. Their movements – Constructivism and Suprematism were harnessed to the war effort by Lenin, when new tools of propaganda were needed to inspire and encourage civilians and soldiers. The suprematist style of using a limited range of colours was to become a trademark of the Soviet posters, which so successfully convey the sense of romance, heroism and artistic optimism of the early revolutionary years.

20th century artists such as Brodsky, Petrov Vodkin, Filonov, Kustodiev variously reflect the extraordinary changes taking place in Russia and the creation of its new order. Cult portraits of party leaders, heroic images of factory workers, female workers, excitement at scientific advances and a valiant sense of optimism regarding the future of Soviet Man are expressed in different and exciting ways and Socialist realism shown to be not as dull some may think. 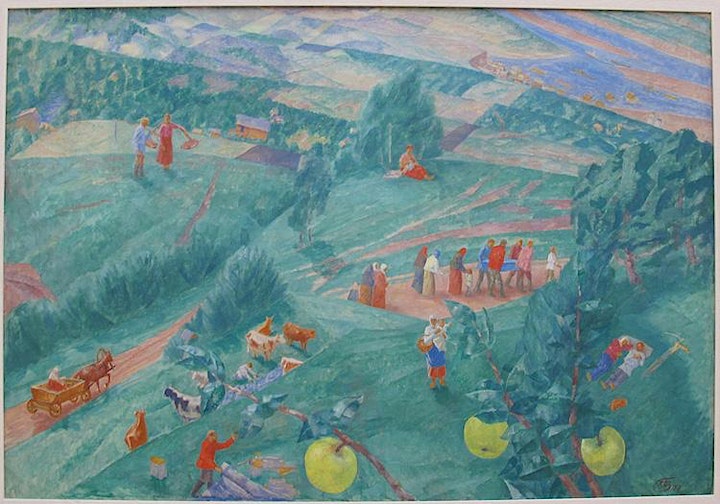