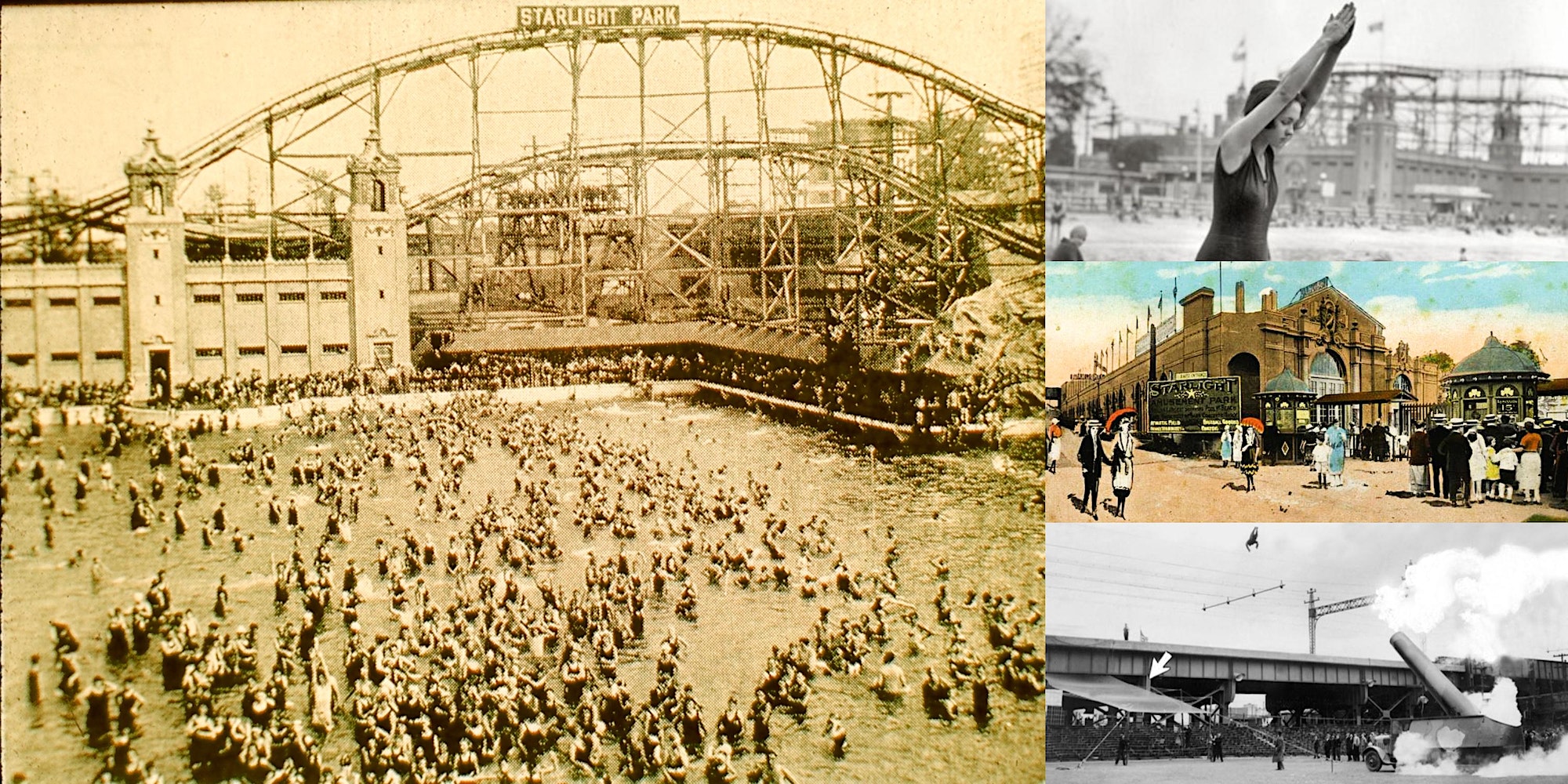 From Clason Point and Fairyland to Kane’s Casino, the Bronx River in New York City was home to many lost amusement parks — but the grandest and most beloved of them all by the early 20th century was the legendary Starlight Park. How could it be that this once premier leisure destination, which attracted the who’s who of New York — ranging from famous actresses, models, silent film stars, stuntmen, prize fighters, and even opera singers — has largely been forgotten with few remnants left behind? With the help of one of the Bronx’s top historians, it’s time to uncover the secrets of one of New York’s most iconic amusement parks — and how that legacy is being reclaimed through one of the borough’s largest park revitalization programs of the past decade.

Join New York Adventure Club as we explore the colorful, but nearly forgotten history of Starlight Park — opened in 1918 on the grounds of the unsuccessful Bronx World Fair, this massive amusement park in the West Farms neighborhood featured innovative rides and world-class entertainment that hosted visitors from all of New York City for over a decade.

Led by historian Stephen Paul DeVillo, our digital showcase of Starlight Park and its curious story will include:

Afterward, we’ll have a Q&A with Stephen — any and all questions about Starlight Park are welcomed and encouraged!

Local historian Stephen DeVillo is the author of The Bowery: The Strange History of New York’s Oldest Street and The Bronx River in History and Folklore. In recent years he had led annual Jane’s Walks for the Municipal Art Society along the Bowery and elsewhere, and the Bronx River Rambles for the Bronx River Alliance. A lifelong walker and urban explorer, he is fascinated by the big histories to be found in small places, and seeks out their obscure and half-forgotten tales, tragedies, and folklore.