An Evening With Tim Howard Tim Howard will be the special guest at an exclusive Everton event at The Plaza Live in Orlando on Monday 26 July (7pm EST).

‘An Evening with Tim Howard’ is destined to be a night to remember, and the man himself will be joined at The Plaza Live by 1995 FA Cup winner Graham Stuart, the celebrated Evertonian author Dr David France and various representatives of Everton Football Club.

Tim Howard spent 10 years at Goodison Park and played 414 times for Everton after arriving from Manchester United in 2006.

The goalkeeper joined Everton, initially on loan, in summer 2006 and, in 2008/09, recorded 17 Premier League clean sheets – a tally surpassed only four times across a campaign since the Club’s first league season in 1888/89.

Regarded by fans as one of Everton’s most iconic players, the ‘Secretary of Defence’ achieved something few goalkeepers ever have – scoring a goal, against Bolton in January 2012.

Howard is also Everton’s most-capped international player, having represented the USMNT 93 times during his spell at Goodison Park.

In 2019, Howard was announced as the Club’s first International Ambassador in the USA and continues to be revered by generations of football fans on both sides of the Atlantic.

The trip to Florida coincides with the launch of a superb new Everton book, ‘Toffee Soccer’, which celebrates every possible facet of the relationship between the Football Club and North America.

Forensically researched, the beautifully illustrated book contains match reports, biographies, exclusive interviews and tour notes from every trip Everton has made to the USA.

Dr France is one of the co-authors, along with Rob Sawyer and the evening’s host, Darren Griffiths. The book, in limited supply, will be available on the night.

Don’t miss out on the chance to be part of this unique evening of Everton celebration at The Plaza Live (425 N Bumby Ave, Orlando, FL 32803). 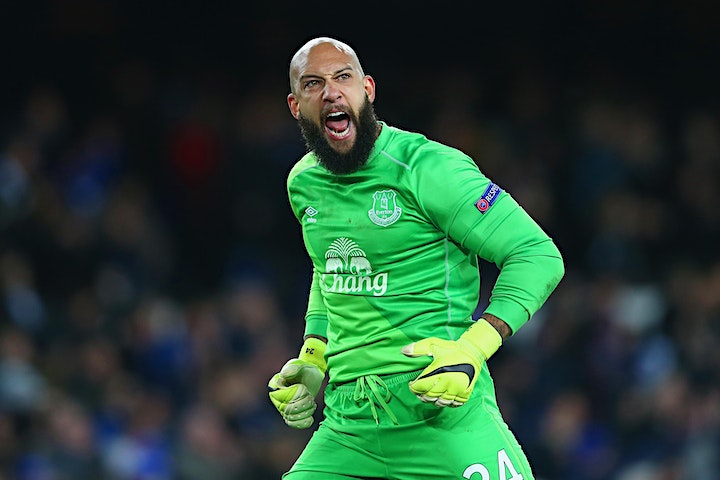