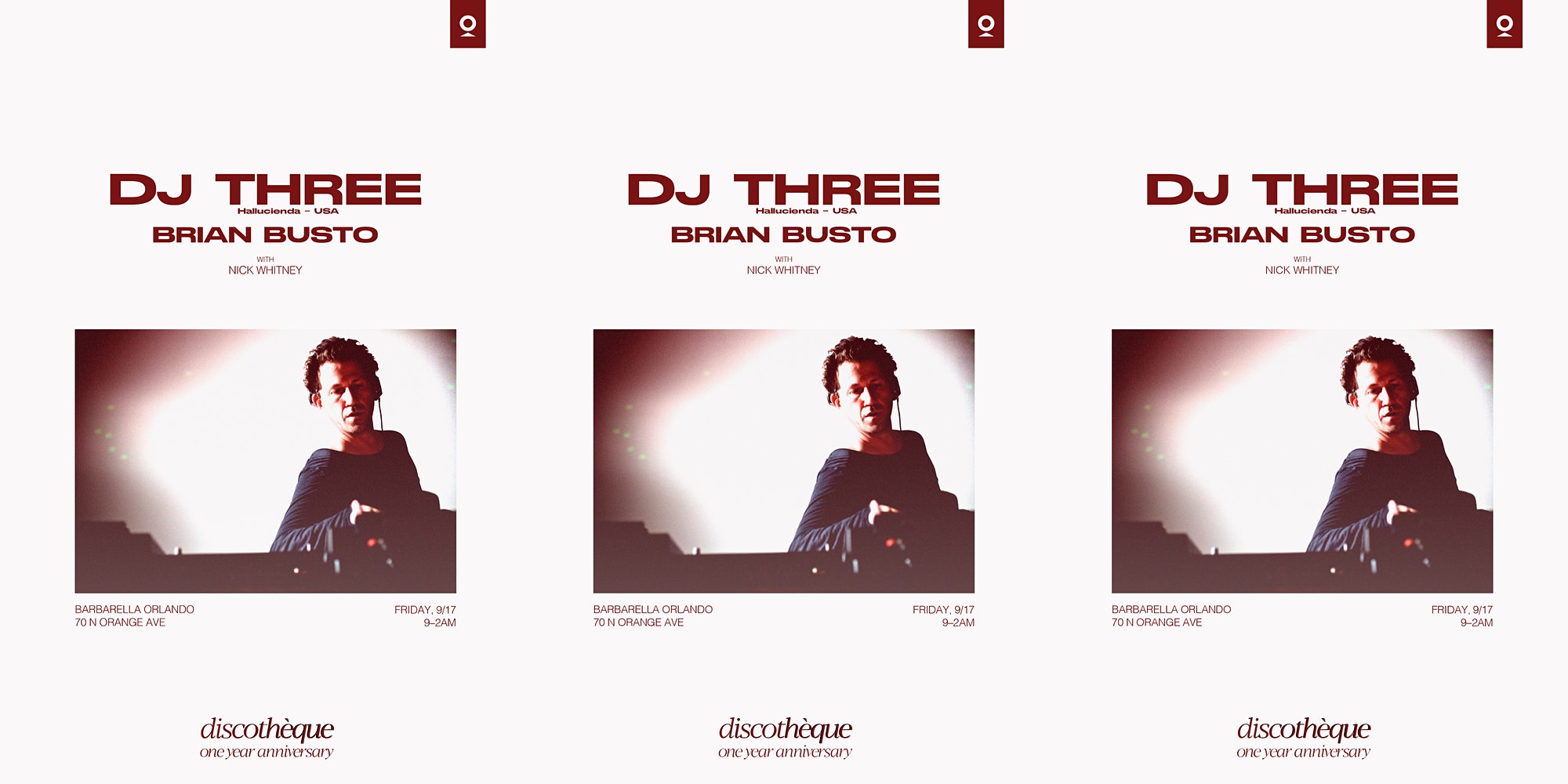 WOW, are we in for a treat.. We’ll be celebrating the very special one year anniversary of Discothèque (!) with an absolute rave legend, @djthreeofc. ✨

Three has played a massive role in the  foundation of the US underground electronic + rave scene since the early 90s, and has even been credited for throwing Florida’s first rave. 🙇‍♂️

He’ll be joined by long-time friend, event curator, and DJ, Busto. Discothèque resident Nick Whitney will be warming up the dance floor for this special evening.

If you’ve spent any Friday night with us over the past year, we really hope to see you out celebrating how far we’ve come. Tickets are available at the link in bio.