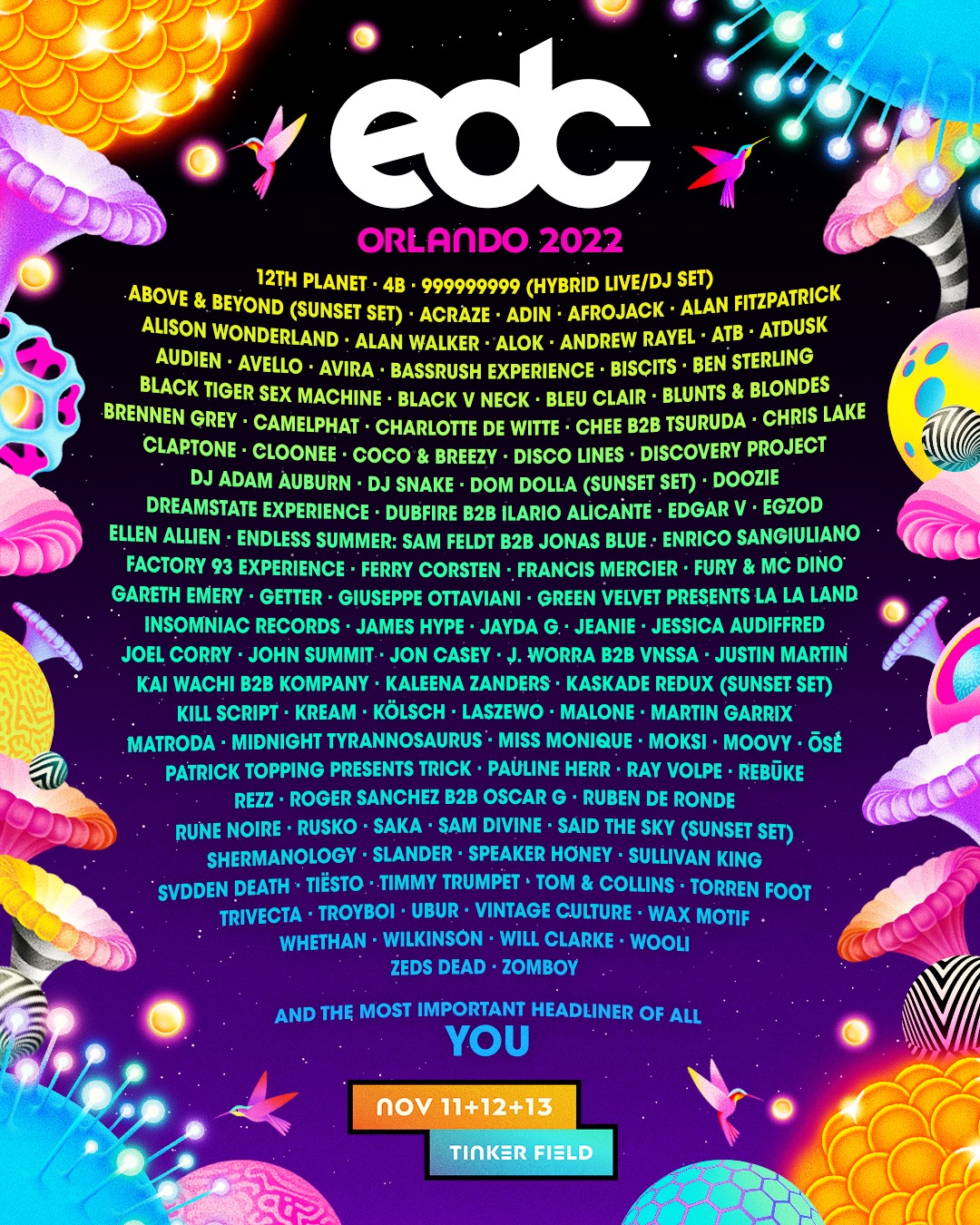 Electric Daisy Carnival is an annual music festival whose roots date back to the 1990s. While the flagship festival takes place in Las Vegas, Nev., EDC has held events at different venues across the United States and around the world, including Orlando, Fla. EDC Orlando was first held May 27-28, 2011, at Tinker Field next to the Florida Citrus Bowl. Approximately 32,000 attendees visited over the two-day weekend. The 2019 version of EDC Orlando has been expanded to a three-day event set for Nov. 8-10, again at Tinker Field.