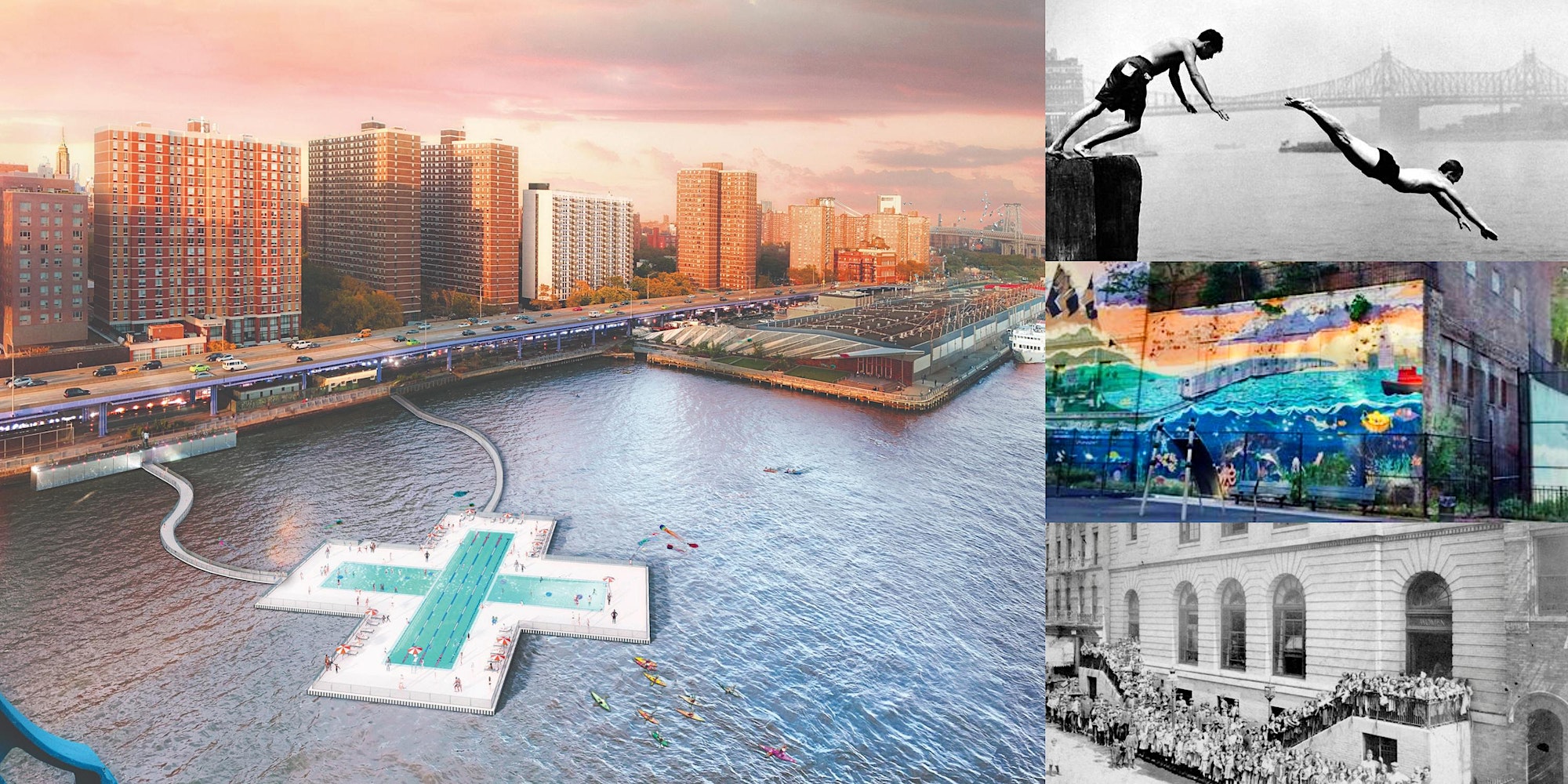 Ever wonder what it would be like to swim in the East River or Hudson River? Up until the late 19th century, natural lakes, ponds, and rivers were New Yorkers’ only free source of refuge from a hot summer day. But by 1911, and after decades of lobbying by social reformers, a dozen public bathhouses had finally been erected — and later at the height of the Great Depression, 11 massive swimming pools were built in a single year. What caused this shift from river swimming to swimming in pools created by large public works projects? And what led to a more modern shift of swimming in indoor facilities, and even the river once again? It’s time to hit the streets in Lower Manhattan to trace the origins, and future, of New York waterfront culture and recreation swimming.

Join New York Adventure Club as we explore the history of swimming pools through the Manhattan neighborhoods of the Lower East Side and Two Bridges, from the city’s very first bathhouses to the outdoor pools that changed — and will change — the course of New York’s recreation culture.

Led by Nora Cronin, the Development Director for + POOL — who’s also a researcher of the history of NYC public pools — our aquatic journey through portions of Lower Manhattan will include:

**This event takes place in rain or shine

***This tour concludes at Pier 35 Park, near the Manhattan Bridge

Nora Cronin is Development Director at Friends of + POOL, a nonprofit organization that is the driver of + POOL, a self-filtering floating pool seeking installation in NYC’s East River. She is also past President of Team New York Aquatics Board of Directors and a member and coach of their artistic swimming team, who have performed at NYC’s outdoor public pools. Nora is also an adjunct professor at CUNY whose research interests focus on public policy.