From Broadway to Obscurity 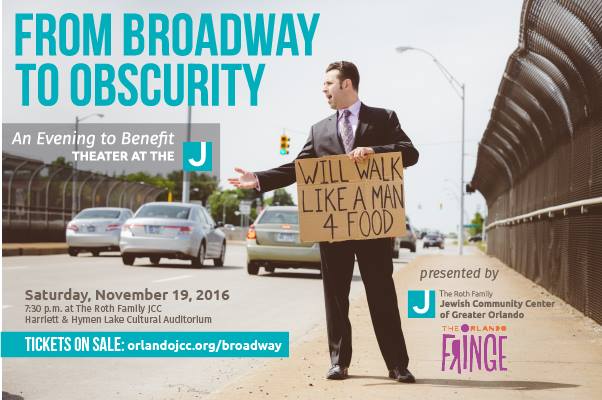 ‘From Broadway to Obscurity”, the hit show from the 2016 Orlando International Fringe Theatre Festival is returning for one night only! The Critics Choice winner of BEST SOLO MUSICAL SHOW is a hilariously raw and revealing confessional from Broadway Jersey Boys’ Eric Gutman who, at the peak of his career, moved back to his hometown to raise his daughters. Through well-known Broadway songs and heartwarming script, Gutman takes you on his musical journey from New York to Suburbia.

General Admission is $25
VIP Ticket is $50 and includes a 6:30pm VIP Reception with light hor d’oeuvres, prime seating during the show and an exclusive meet-and-greet with the artist after the show.

Tickets are one sale now and available here.

The show is being produced by The Roth Family Jewish Community Center of Greater Orlando in conjunction with The Orlando Fringe.