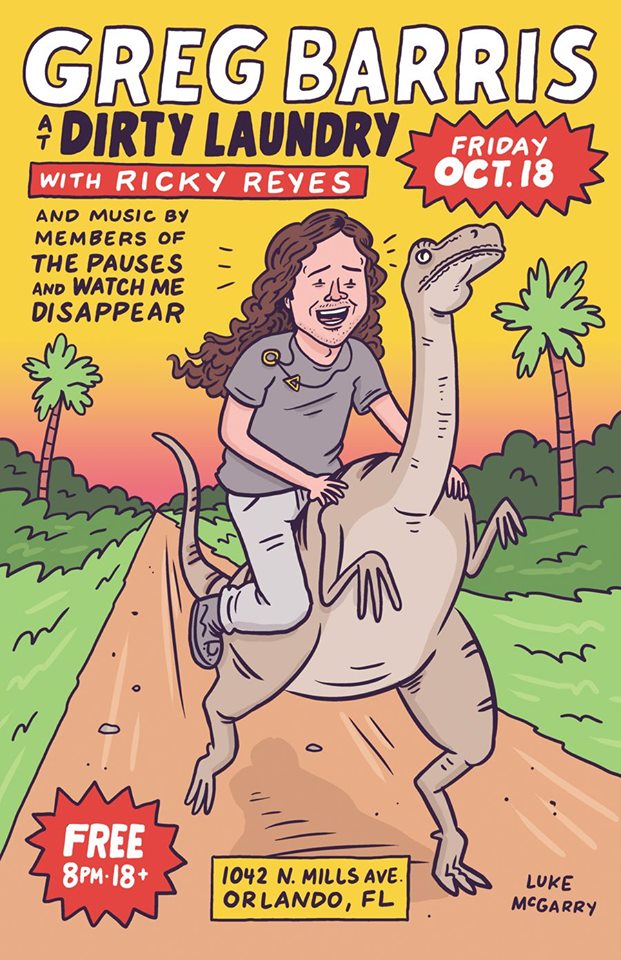 Comedian Greg Barris returns to Will’s for a free outdoor show at Dirty Laundry! With RICKY REYES and Music by Members of the Pauses and Watch Me Disappear

Greg Barris is an American Comedy Scene Darling- Greg WAS a staple in New York’s downtown stand-up scene until having the Key to The City taken away and then forcibly kicked out of New York in one of it’s most historical missteps. A frequent Time Out critic’s pick, much loved by BrooklynVegan and hailed as ‘Excellent’ by The New Yorker. He now lives in Los Angeles where apparently, he belongs.

“Barris’s show features crazed comedy, live music and bizarro antics – a mixture that landed it its 20th sold out show in a row in Brooklyn.” – LA Times