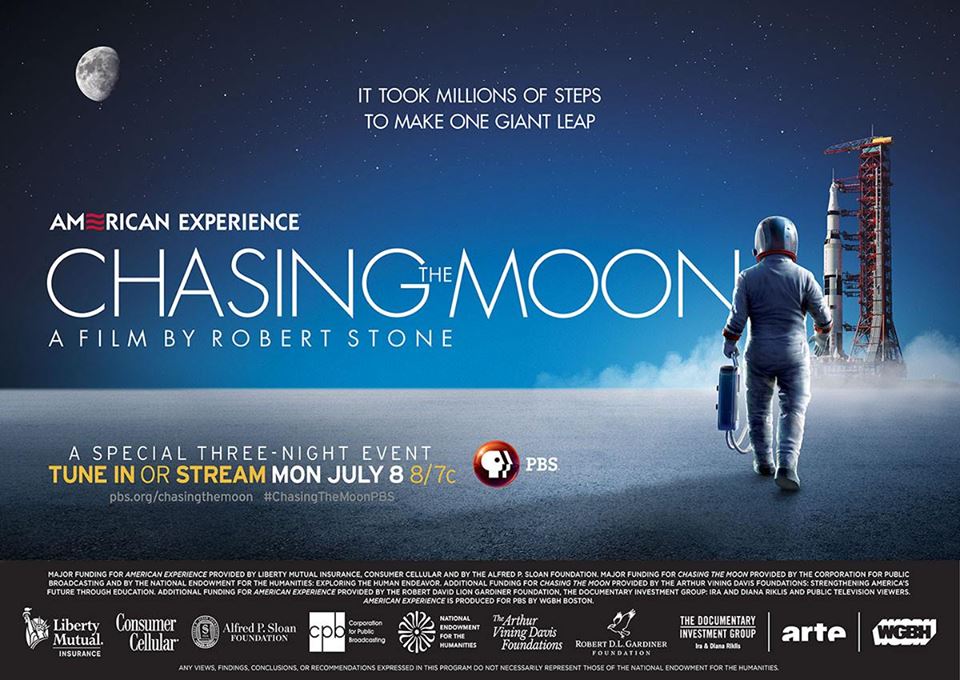 Celebrate the 50th anniversary of the moon landing with WUCF, Central Florida’s PBS Station. Join us for previews of two exciting documentaries examining pivotal events in the race to the moon.

AMERICAN EXPERIENCE’s Chasing the Moon, written, produced, and directed by Academy Award nominee Robert Stone, reimagines the race to the moon for a new generation, utilizing a visual feast of previously overlooked and lost archival material – much of which has never been seen by the public.

Space Chase USA explores the extraordinary, transformative events Cocoa Beach residents found themselves engaged in during the 1950s and 1960s as the exploration of the future arrived on their sleepy shores.

For more information about these documentaries and all PBS Summer of Space programming airing on WUCF in July, visit www.wucf.org/summerofspace.