The renovations are part of a larger master plan for both Lake Fairview Park and Trotters Park which is located directly across the street.

The project being discussed at an open house tonight will improve the area of the park along the lake shore, making it open to the public with picnic, sand volleyball, landscaping and playground improvements.

Here is a closeup of the specific plan being discussed tonight: 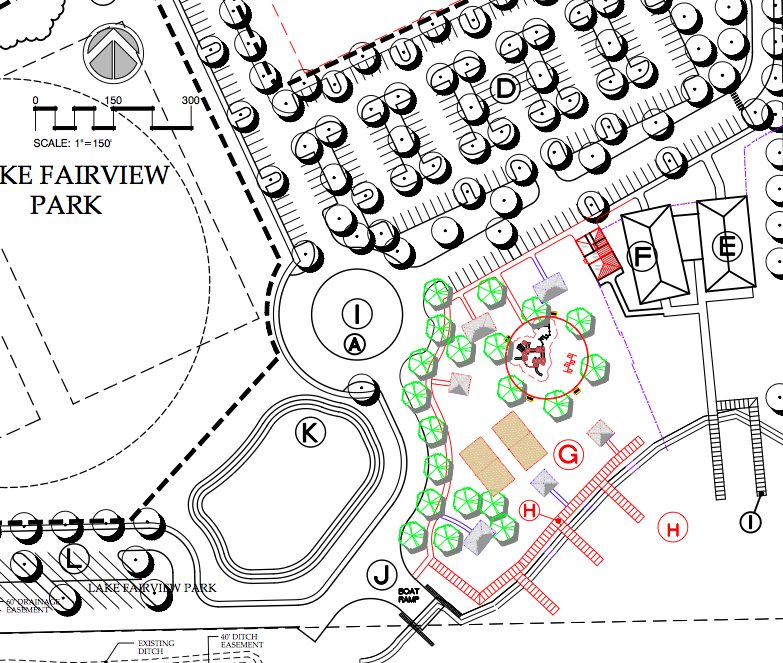 Over time the City hopes to phase in the other parts of the master plan. Here is a look at the entire Lake Fairview Master Plan from 2009. While some of the details have changed the general idea is the same. Residents can learn more about the project at an open house tonight at 5:30 p.m. at the Rosemont Community Center located at 4872 Rose Bay Drive.