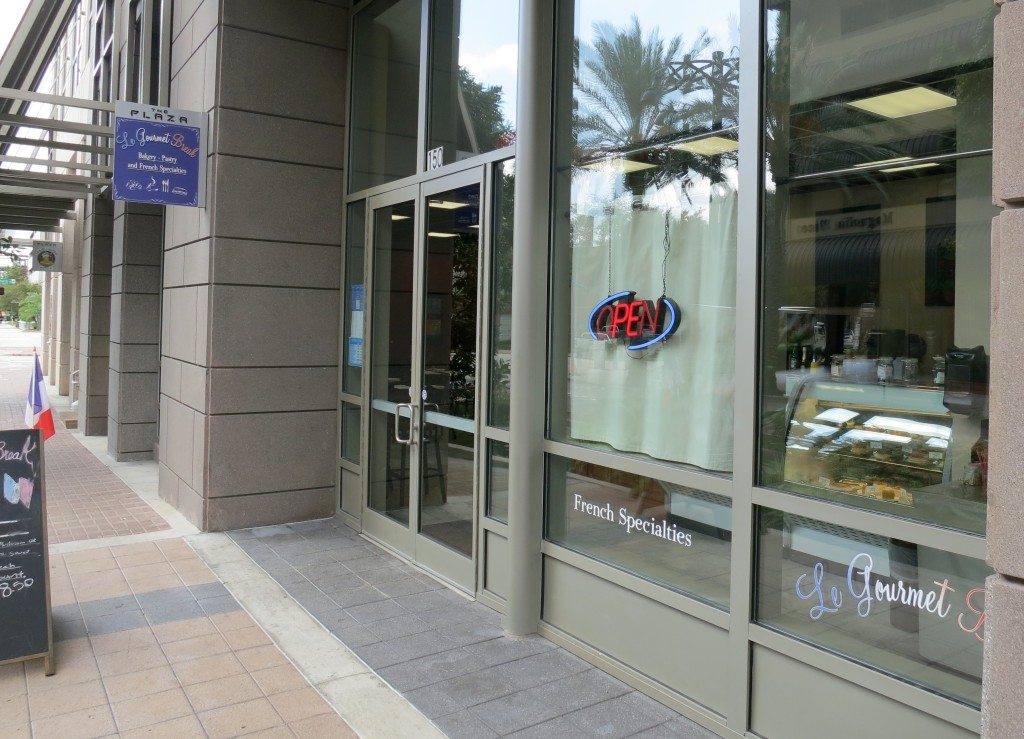 The french restaurant has been around for a while now but we just found out about it and because it’s on the back side of the Plaza you might not even know to look for it.

Owners Aurelie and Alban Malagnoux moved from France to open the shop.

The serve a french and american breakfast where everything is made from scratch including pastries. They are also open for lunch they serve crepes, sandwiches, quiches, soups and salads.

Some more photos of the inside: