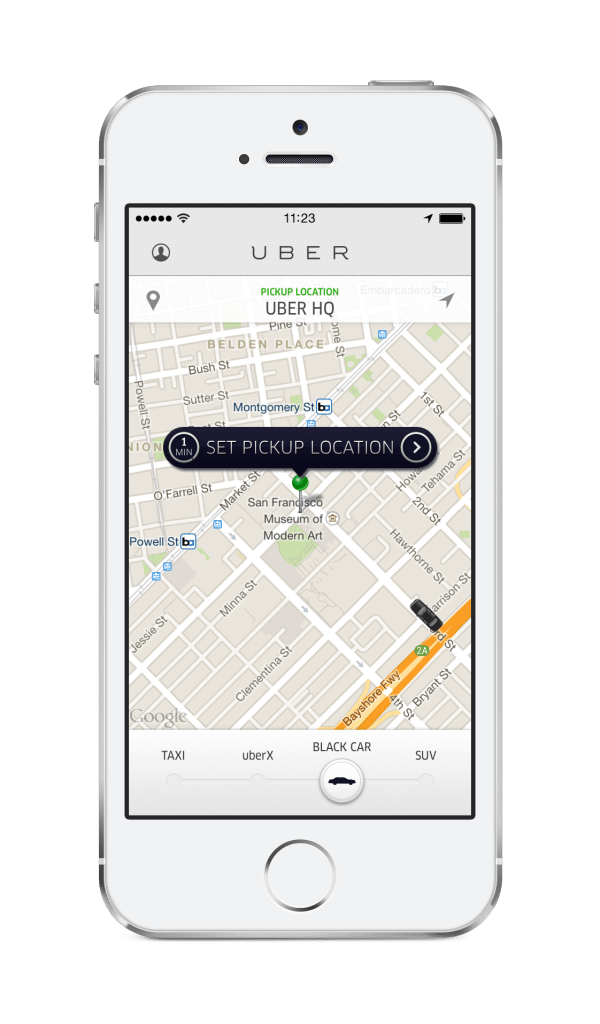 Bungalower has learned that Uber is hiring drivers in Orlando for their UberX program for a possible expansion into Orlando.

The app based car service provides on demand vehicles for hire. A user with the Uber app can ask for a car to pick them up at their location. They also pay via the app.

Uber considers themselves a technology company that delivers lead generation for transportation providers.

Uber offers two main services; UberBlack and UberX. UberBlack uses your standard black luxury sedans whereas UberX in most cities is a Toyota Prius or similar. UberX has reduced fares over UberBlack.

Uber currently operates in 40 cities across the US and in 34 countries.

Right now Uber would not be able to operate in Orlando because of the current city ordinances regarding vehicles for hire. For example luxury vehicles have to charge a minimum of $25 and charge by the hour. Uber starts with a low base fare and charges by the minute or the mile with minimum fares around $5 for UberX and $10 for Uber.

Uber vehicles don’t qualify as a Taxi either because they don’t meet most of the taxi regulations including having a meter in the vehicle, a local call center, phone number on the vehicles bumper, light up top and uniform color scheme.

Uber is yet to file for a Vehicle for Hire permit with the City of Orlando or contact the Vehicle for Hire Unit to operate within the city limits. That may be because they plan to bypass City Hall and go straight to the State Legislators.

Rachel Holt the Regional General Manager for Uber East Coast told Bungalower “We’re focused on legislation that will help bring Uber to cities across Florida, including Orlando.”
In a blog post Uber points out that they are pushing for the passage of FL SB 1618 and HB 1389 which they say would eliminate minimum wait times for transportation,  minimum fare requirements and artificial caps on vehicle licenses for sedans.

Mears Transportation which is the largest taxi and luxury car operator in the area is opposed to changing these regulations.

Recently Mears put out a statement saying “Uber and other ridesharing or ‘transportation network companies’ business plans rely heavily on changing or ignoring local regulations – regulations designed to protect consumers and ensure service to all citizens.”

Mears also noted that in a survey of Florida residents most felt that Uber should be regulated the same as taxi cabs. However, of the users that responded only 9% had actually ever heard of Uber before and only 2% had ever used Uber.

Taxi companies and organizations have fought Uber coming into the market in many cities.

Currently Jacksonville is the only city in Florida where Uber operates.

We’ll continue to keep you posted with Uber’s progress on coming to Orlando.

Here’s a look at the ads they have been running on Facebook: