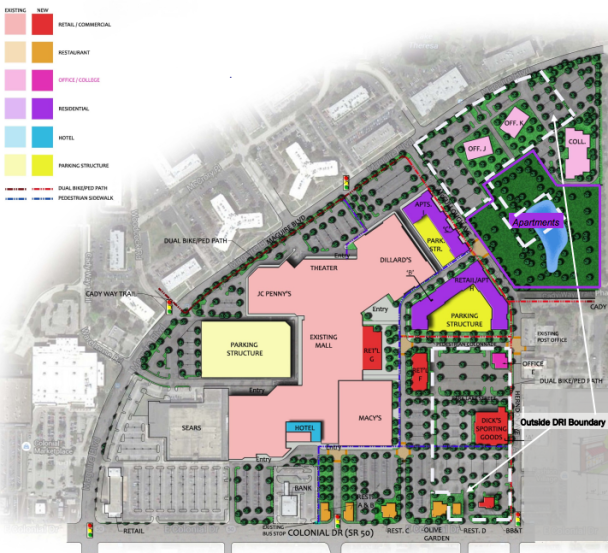 We told you back in July about the plans to add a hotel to Fashion Square Mall and now the developers are looking to add an apartment complex to the area.

According to documents filed with the City, the apartment complex would not be attached to the mall itself but would be three buildings with a total of 593 units.

This plan includes increasing the mall area by 87,611 square feet bringing the total retail for the plan to almost 1.4 million square feet. The new plan also adds 6,300 square feet of office space and reduces the theater by 350 seats.

The plan isn’t just about buildings, the City is requesting that the developers include a 10-foot wide pedestrian/bike path along Herndon Ave and McCollough Ave that would fill in a gap of the Cady Way Trail. The new portion connects the dedicated Cady Way pedestrian/bike trail to the north-west side of the property which already has a path that leads into Lake Druid Park. It would also bring the bike path closer to the path on Mcguire Blvd on the other side of Colonial Drive that connects to Lake Underhill Park.

Here’s a look at how this area helps connect some of the existing trails: