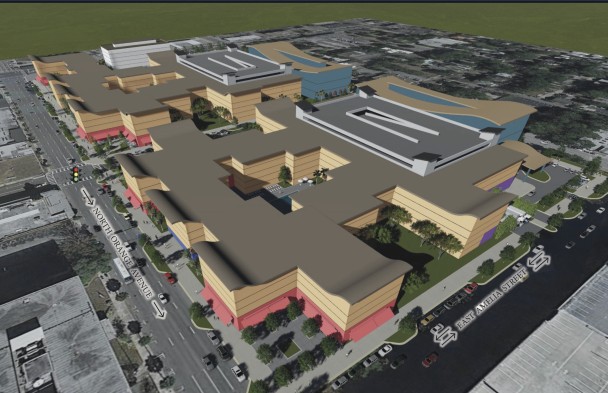 The Tribune Company plans to develop the two block property where the Orlando Sentinel sits.

According to documents filed with the city, the plan calls for two apartment buildings, two office buildings, two parking garages a hotel and a surface lot.

Concord St splits the property into two blocks. A northern block and a southern block.

According to the plans the project will be broken into two phases.

Although not specifically detailed in the plan the entire part of phase one looks to be the southern block.

Phase two is almost an exact mirror of Phase one but includes a 144 room hotel.

The site plan includes a dotted line around the northeast portion of the property. The dotted line states “Existing Printing Facility to Remain.” Despite this designation new buildings are shown instead of this existing facility.

The Orlando Sentinel is leasing property from the real estate company owned by Tribune Media. According to corporate filings, the leases for the printing facilities are 10 years with two options to renew for an additional 10 year terms.

“Any future development of the land owned by Tribune Real Estate would take into consideration any leases that are already in place, including that of the Orlando Sentinel,” Gary Weitman, a spokesperson for Tribune Media told Bungalower.

While no timeline was provided in the documents submitted to the City, the transportation impact study noted:

Due to the preliminary stage of the project, detailed phasing and scheduling information is not available at this time, however a 10-year build-out schedule is expected to be sufficient for the purposes of this study.

Based on the documents submitted, we expect the City of Orlando to request more detailed plans including phasing before approving the master plan for the development.

We’ll keep you posted on the progress.

Here’s a look at the site plans included in the submission to the City (click for larger view): 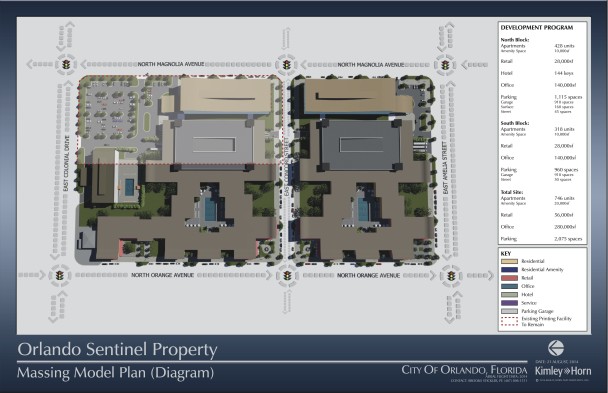 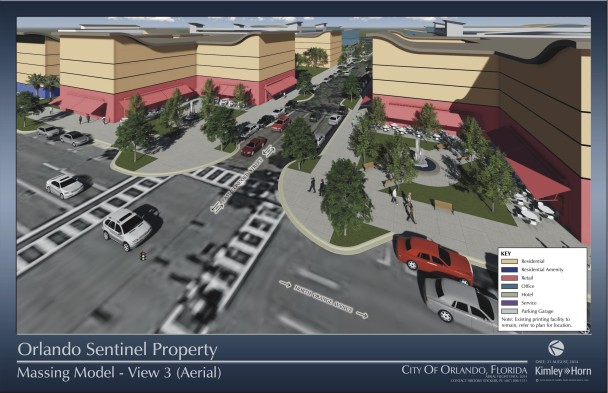 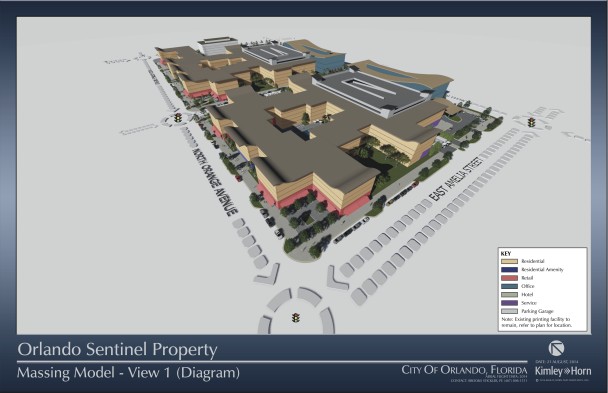