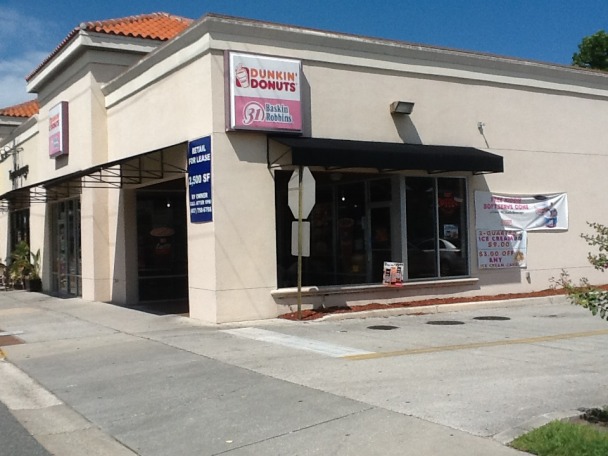 A new neighborhood restaurant is opening in the current Dunkin’ Donuts space in College Park.

We told you back in January that the Dunkin’ Donuts in College Park was moving into a new shopping plaza.

She describes the menu as back-to-basics that are made from scratch, but it’s not southern.

“When you say southern you think fried okra. We will do fried chicken but it will be buttermilk fried chicken. I like to push the envelope on menu items people don’t expect,” Casey said. “I was inspired by seeing someone make homemade tater tots. I’m making those now and they are out of this world.”

The restaurant will also feature local vendors like Mr. and Mrs. Pickle and Bonjour Dressings. Casey’s plan also includes a mini general store where customers can buy the products used in their meal.

“We are also going to do big sandwiches so we want to do some really awesome baking with the giant Dunkin’ Donuts oven,” Casey said. “Fresh baked bread for sandwiches and scratch made biscuits for Sunday brunch; it’s going to be fantastic.”

Casey has been working in the restaurant business for 24 years. Known as The Restaurant Mom, she’s been consulting with small restaurant owners for the past seven years.

“I saw all of the mistakes and it was so frustrating to work them, seeing them do things wrong then eventually seeing them close,” she said. “I kept taking notes of poor decisions others made.”

Community is at the core of Casey’s restaurant, so she’s asking for helping with the name. After her research she’s come up with three, and is asking residents to vote.

Each name has an historical tie to the area. Harper’s Grove Grill, or Kitchen, is in the lead with The Outpost. Casey says Dixie Highway Grill is the least popular.

The opening date of the restaurant is dependent upon how quickly Dunkin’ Donuts moves into the new building. Casey hopes they will open sometime in December. The deadline for voting for the restaurant name is October 10. You can vote on her Facebook page here.