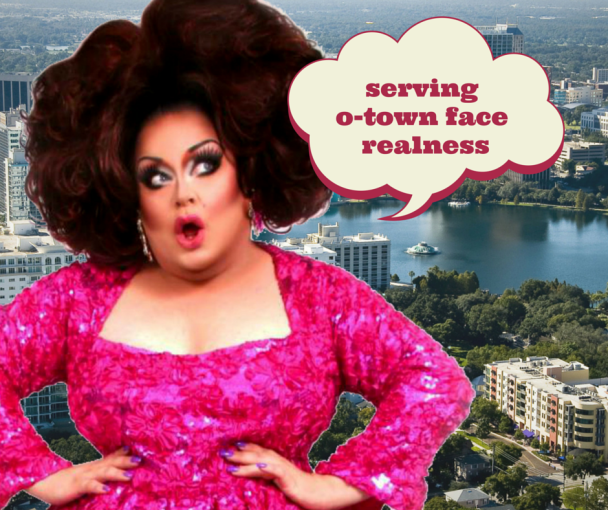 Orlando’s own Ginger Minj has been making headlines around the world on this year’s season of RuPaul’s Drag Race.

Joshua Eads-Brown (the face behind the face) has made it to the final three contestants on the drag competition reality show, and is up against two other powerful contenders; Violet Chachki and Pearl.

The season episode will air Monday, June 1 with a televised finale and crowning of “America’s next Drag Superstar”, from Stage 48 in New York City.

The night will feature live performances by the winner and top five finalists (pictured below), as well as performances from DJ Lady Bunny.

Hamburger Mary’s (Website), where Ginger Minj hosts her weekly Broadway Brunch series, will be hosting a Watch Party that night from 8-10 p.m.

Reservations are a must.