The delayed development on the corner of South Orange Avenue and Lucerne Circle has just gone through another redesign, just in time for the upcoming Appearance Review Board meeting.

The proposed Crescent Lucerne project would have 373 multi-family units, 31,000 SF of retail (including a 24,000 SF grocery store), 695 parking spaces, a five-story building on the east parcel, and a four-story multi-family builidng on the west parcel (reduced from a previously pitched six-stories). The project site is 4.6 acres.

A future high-rise parcel is located to the north side of the parcel, but will be designed and built in another phase.

Given the glowing nature of the ARB Staff overview statement, the plan is likely to be approved.

“ARB Staff would like to recognize the Applicant and their design team for their superior effort in the design and development of this key Downtown gateway project. ARB Staff would also like to recognize the current property owner Orlando Health for their dedication, diligence and stewardship in the development of their assets which will not only benefit their Downtown health campus but also the entire Orlando community. Crescent Lucerne exemplifies the principles and attention to detail that Downtown Orlando deserves. It is one of the most richly designed mid-rise projects staff has seen proposed in the last several years.”

The ARB did take the opportunity to push a number of improvements to the plan including Project DTO concerns for “enhanced pedestrian connections.”

“Project DTO identified the need for enhanced connections to the surrounding neighborhoods as critical including: enhancement of the S. Orange Avenue sidewalk at Lake Lucerne that connects this development to the Downtown District. ARB Staff encourages the applicant to collaborate and contribute along with the City of Orlando, Orlando Health, and Downtown CRA to study and implement a plan to expand and enhance the pedestrian connections from the south side of Lake Lucerne to Downtown and the performing arts center.”

Here are a number of the renderings below. To see the complete ARB report, click HERE. To see our collection of coverage on the Crescent Lucerne development over the past few years, click HERE. 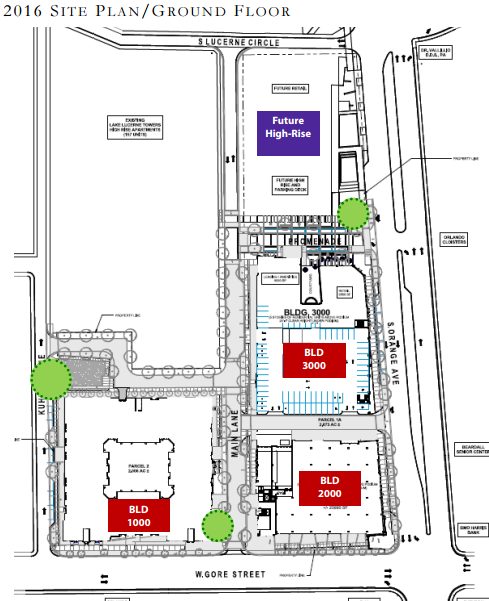