As reported by GrowthSpotter, Alliance Residential Company (Website) is hoping to purchase the Baldwin-Fairchild Chapel property in Ivanhoe Village, in order to build a new 10-story mixed-use development. Fairchild Chapel has the iconic blue neon sign on its roof, as seen HERE in the Orlando Weekly’s “27 Orlando historic landmarks that haven’t been destroyed yet” roundup.

Broadstone would be located at 301 N. Ivanhoe Boulevard [GMap] just on the other side of Orange Avenue from another large mixed-use project, The Yard at Ivanhoe, which we’ve written about previously, HERE.

The project was submitted to the City Planning offices on January 18, 2017, and has not been presented to City Council or any City Boards for official voting, at this time.

The following renderings were created by FINFROCK Design, Inc. (WEBSITE), via the City of Orlando. 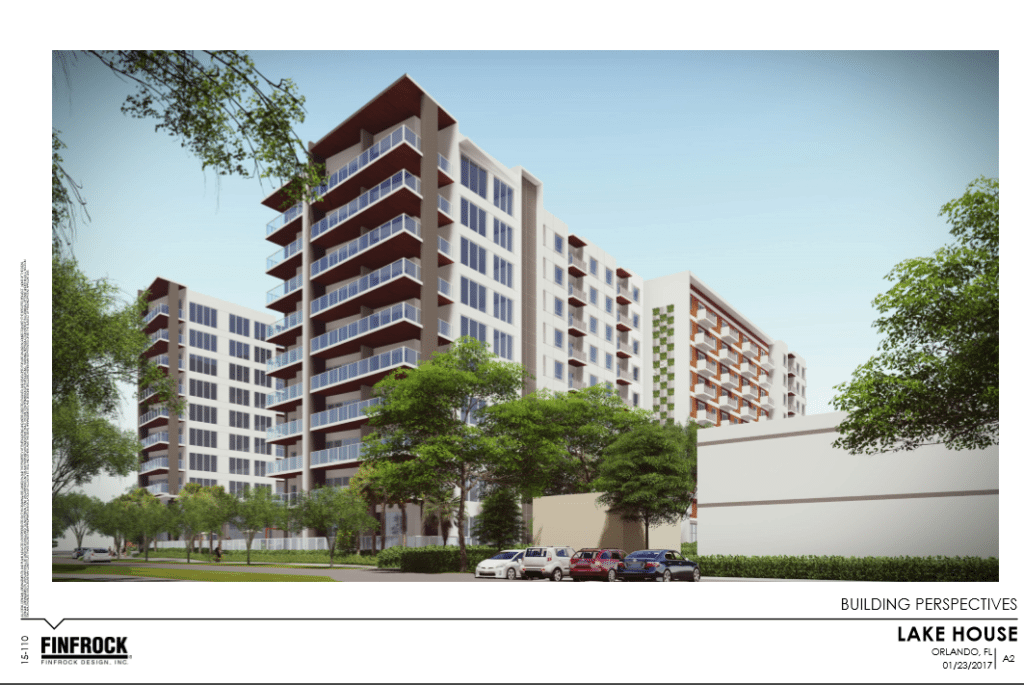 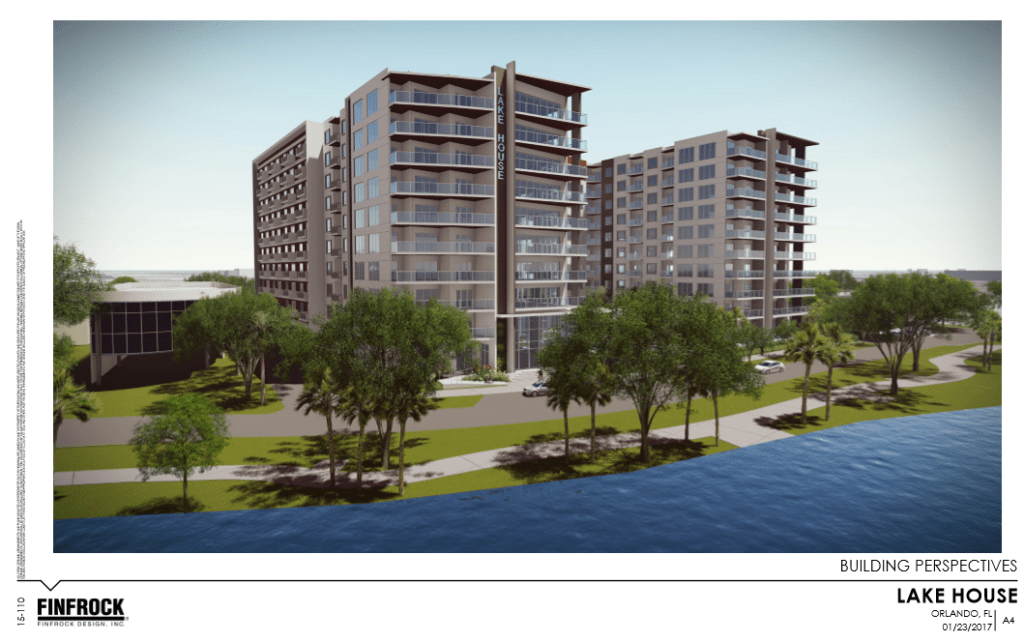