Bubble wrap is the new black.

Maybe not, but plastic shopping bags, aluminum cans, old newspapers and orange construction fencing were just some of the hottest materials on the runway at this year’s Trash 2 Trends fashion show.

Presented at SeaWorld Orlando’s Ports of Call on Saturday night, the sold-out event featured more than 30 designers from across the region who accepted the challenge to create outfits using materials typically found in the recycling bin.

The annual event is a fundraiser for Keep Orlando Beautiful, a 20-year-old nonprofit led by Jody Buyas whose mission is to make Orlando a healthier, safer and more livable and sustainable community. Last year’s Trash 2 Trends event raised more than $17,000 for community projects such as tree plantings and the installation of recycling bins in city parks. (The total amount of money raised at this year’s event won’t be available until later this week.)

Now in its fourth year, the Trash 2 Trends show gives Orlando designers an opportunity to think outside the cardboard box and impress a team of judges who give out awards for “Top Design,” “Most Wearable, “Best Use of Material” and “Avant Garde.” This year’s judges included Orlando City Commissioner Patty Sheehan, Downtown Arts District Executive Director Barbara Hartley, Maxine’s On Shine owner Maxine Earhart and local designer Marcy Singhaus.

At Saturday’s show, Red Bull cans became a corset. Old paint swatches stitched together created a long, flowing dress. Men’s ties destined for the garbage bin were constructed into a kilt. Wine corks were tailored into a headdress.  The guts of numerous VHS tapes shined as one model glided down the runway. In other words, if something was headed to the landfill, there’s a possibility it could have had a second life at Trash 2 Trends.

While the materials for the designs varied, each of the designers shared at least one thing in common: dedication to their work. Collectively, the Trash 2 Trends participants spent thousands of hours making their fashions.

The multi-colored dress with movable plumage wowed the judges enough to give Alonso the “Top Design” award.

Best Use of Materials – “Love Conquers Hate” by Meghan Moreno

Most Wearable – “Color of Bloom” by Kyana Wilborn 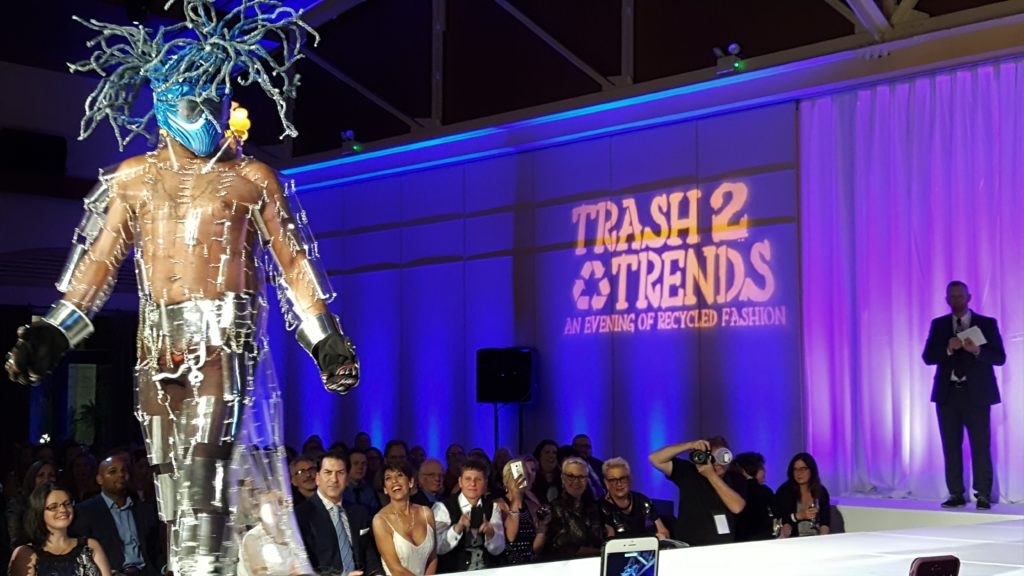 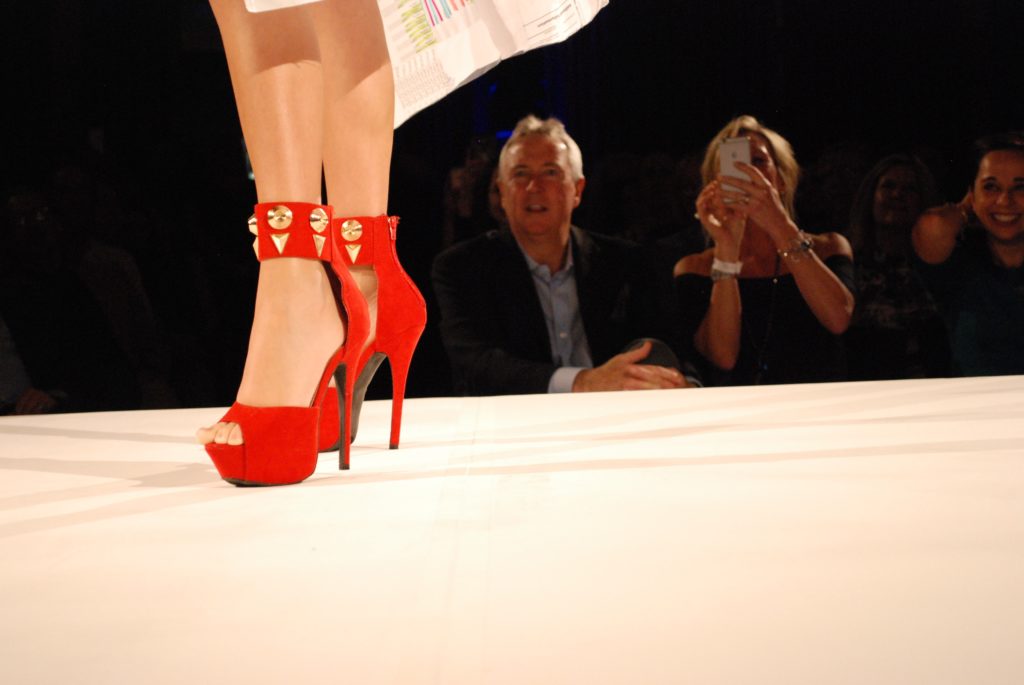 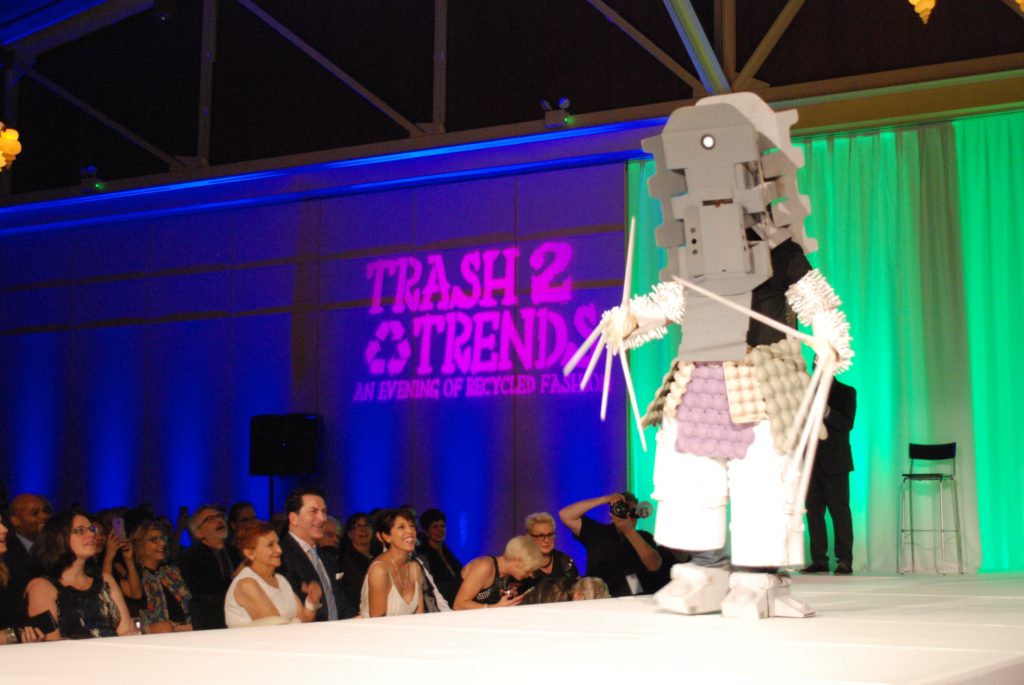 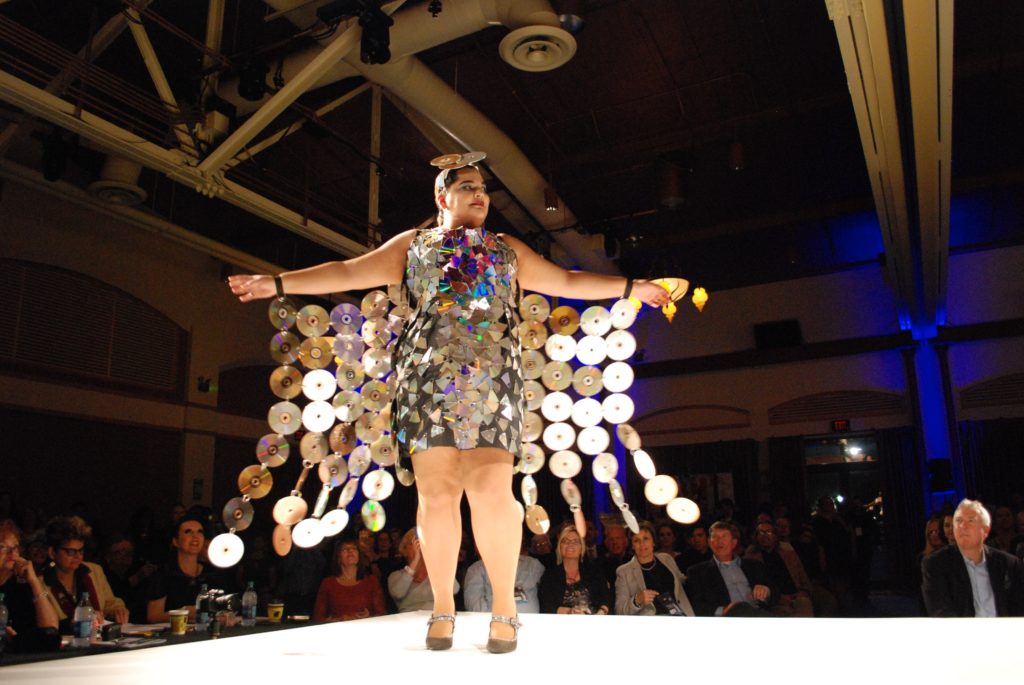 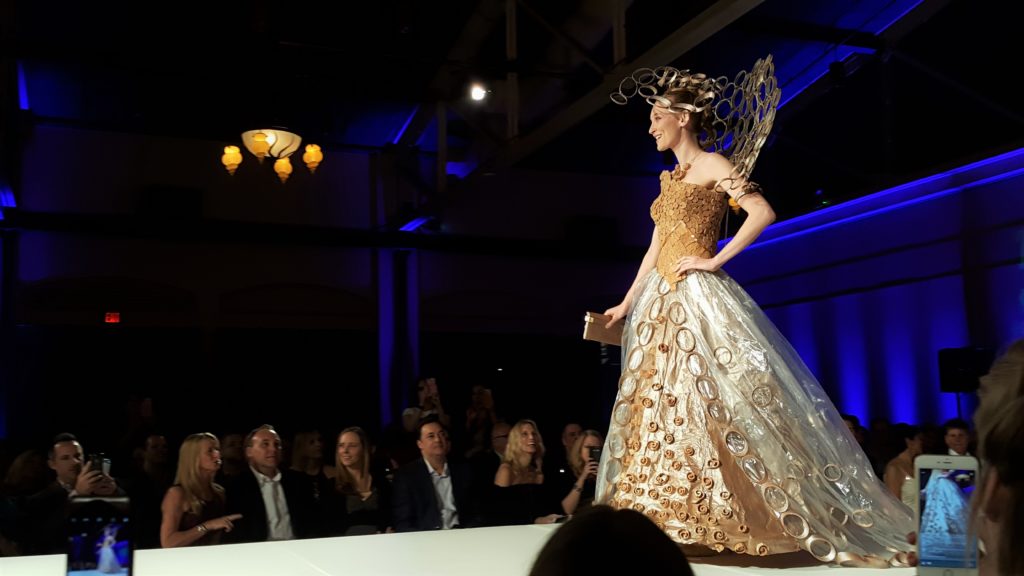 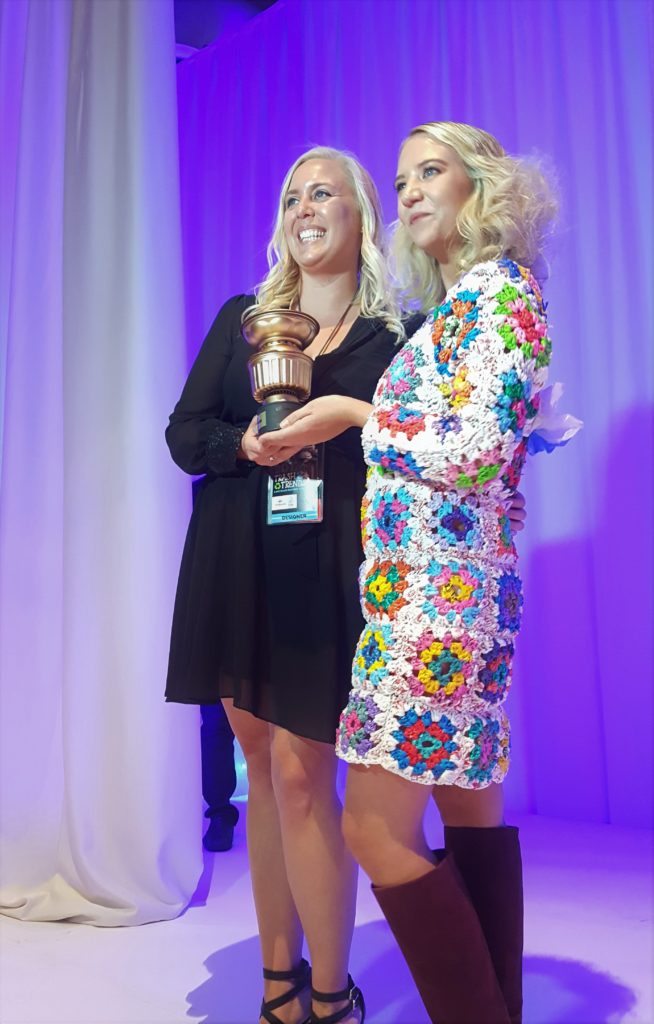