In response to Orange County’s search for Orlando’s Signature Dish, we’ve decided to start gathering some iconic Florida recipes for our subscribers to try at home. Our July Bungalower Bundle included a little bonus recipe card among the regular monthly offers to local businesses.

“Lemon syllabub” isn’t just fun to say, but it’s also super-tasty. Syllabubs were sweet frothy drinks that were popular between the 16th and 19th centuries an were made with milk or cream, that were curled with wine, cider, or other acidic liquid, then sweetened and flavored. Obviously when ice cream became more readily available, the syllabub started to disappear.

Be sure to tag us in your socials if you try this at home. We would love to see how it turns out. 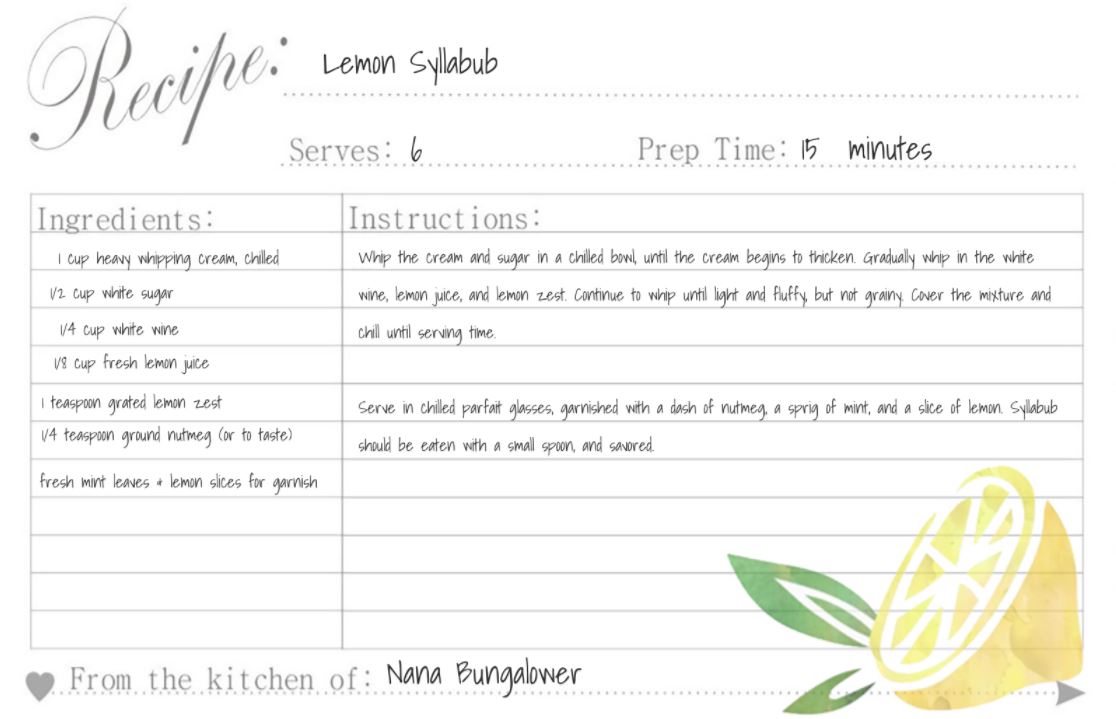 Click HERE to get your Bungalower Bundle sent directly to your home for less than $10 a month.