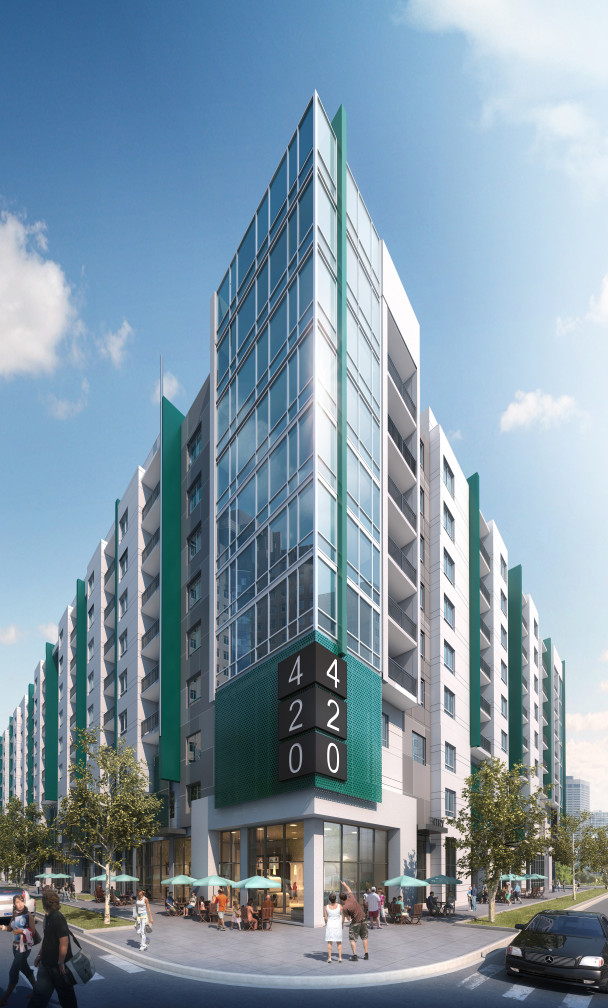 Construction on a new nine-story apartment complex broke ground today in the South Eola Neighborhood of the Thornton Park District.

We first told you about the new apartments located at 420 E Church St [GMap] back in September.

We now know they will be called Artisan 420.

The apartments are just two blocks south of the Paramount and one block north of Star Tower.

The vacant lot next to Lutheran Towers in-between the Paramount and Artisan 420 is planned to be another residential building. That one is a 21-story building called Citi Tower.

An additional 6,000 square feet will likely include a restaurant concept.

A 10,000 square foot amenity deck for the 299 units is on the fourth floor above the garage.

Residents will have access to a 448 space three-story internal parking garage.

The property is being developed by Jefferson Apartment Group and the building designed by Baker Barrios Architects.

The first units are expected to be available for move-in in October 2015.

Here’s a look at and additional updated rendering: (You can view the previous renderings and floor plans when they were submitted to the City back in September here.) 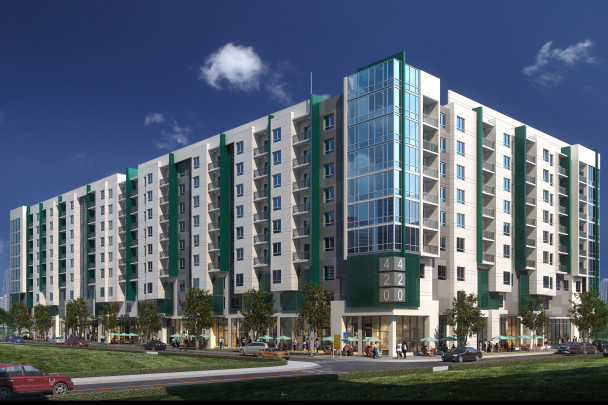